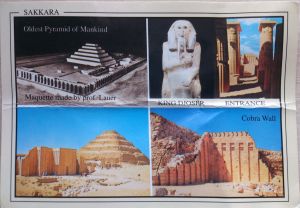 This card comes from Asmaa. 🙂

Saqqara, also spelled Sakkara or Saccara, is a vast, ancient burial ground in Egypt, serving as the necropolis for the Ancient Egyptian capital, Memphis. Saqqara features numerous pyramids, including the world famous Step pyramid of Djoser, sometimes referred to as the Step Tomb due to its rectangular base, as well as a number of mastabas (Arabic word meaning ‘bench’). The pyramid was built during the 27th century BC by Djoser’s vizier Imhotep.

Saqqara is inscribed on UNESCO’s World Heritage list as part of Memphis and its Necropolis – the Pyramid Fields from Giza to Dahshur. 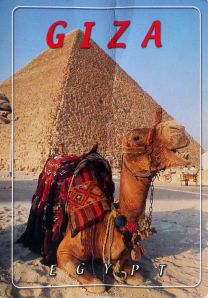 This extremely cheerful camel is posing in front of a the Great Pyramid of Giza (also known as the Pyramid of Khufu or the Pyramid of Cheops). It is the oldest and largest of the three pyramids in the Giza Necropolis. It is the oldest of the Seven Wonders of the Ancient World, and the only one to remain largely intact. Based on a mark in an interior chamber naming the work gang and a reference to fourth dynasty Egyptian Pharaoh Khufu, Egyptologists believe that the pyramid was built as a tomb over a 10 to 20-year period concluding around 2560 BC. 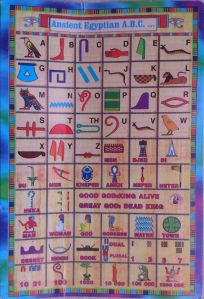 This great card, my first one from Egypt, came as a surprise from Aliaa. 🙂