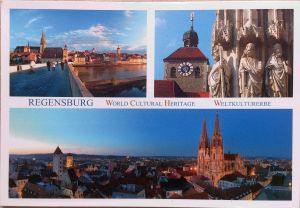 What a lovely surprise from my pen pal Sandra! ❤

This card comes from my pen pal Melody. 🙂

Rothenburg ob der Tauber is a town in the district of Ansbach of Mittelfranken (Middle Franconia), the Franconia region of Bavaria, Germany. It is well known for its well-preserved medieval old town, a destination for tourists from around the world. It is part of the popular Romantic Road through southern Germany.

The name “Rothenburg ob der Tauber” means, in German, “Red fortress above the Tauber”. This is so because the town is located on a plateau overlooking the Tauber River. As to the name “Rothenburg”, some say it comes from the German words Rot (Red) and Burg (burgh, medieval fortified settlement), referring to the red colour of the roofs of the houses which overlook the river. The name may also refer to the process of retting (“rotten” in German) flax for linen production.

This one comes from my pen pal Sandra. 🙂

Veitshöchheim is a municipality in the district of Würzburg, in Bavaria, Germany. It is situated on the right bank of the Main, 6 km northwest of Würzburg. In the town is Schloss Veitshöchheim; this summer palace of the Prince-Bishops of Würzburg was built in 1680-82, and was enlarged to its present appearance in 1753 by Balthasar Neumann. The gardens were redesigned for Prince-Bishop Adam Friedrich von Seinsheim (1755–1779), with lakes and waterworks, and filled with hundreds of allegorical sandstone sculptures from the workshops of the court sculptors Ferdinand Tietz and Johann Peter Wagner. 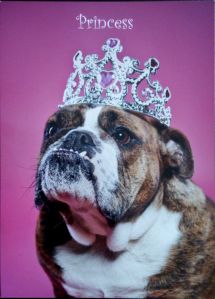 Another great card from Vanessa from Germany! 😀 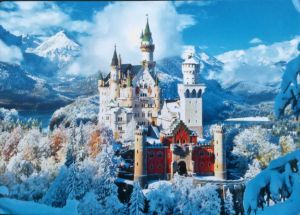 This fairytale comes from Vanessa from Germany. 🙂

Neuschwanstein Castle is a nineteenth-century Romanesque Revival palace on a rugged hill above the village of Hohenschwangau near Füssen in southwest Bavaria, Germany. The palace was commissioned by Ludwig II of Bavaria as a retreat and as a homage to Richard Wagner. Ludwig paid for the palace out of his personal fortune and by means of extensive borrowing, rather than Bavarian public funds.

The palace was intended as a personal refuge for the reclusive king, but it was opened to the paying public immediately after his death in 1886. Since then more than 61 million people have visited Neuschwanstein Castle. More than 1.3 million people visit annually, with as many as 6,000 per day in the summer. The palace has appeared prominently in several movies and was the inspiration for Disneyland’s Sleeping Beauty Castle and later, similar structures.

Another beautiful postcard from Claudia from Germany. 🙂

The world in my mailbox…
Create a free website or blog at WordPress.com.